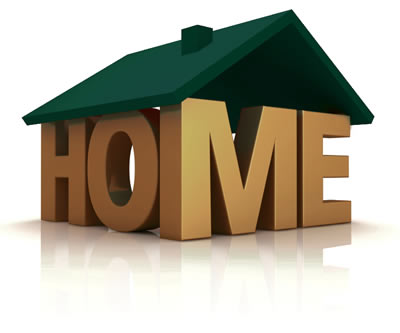 House Calls? Doctor Loans and the Lowdown on Renting Versus Owning as a Doctor

There was a time when the question of whether or not, as a physician, you should rent or buy a home depended heavily upon where you were in your career. Whether you were a resident, attending or retiree played a large part in your decision, as well as whether or not you had or were looking to establish your own practice.

While doctor loans are changing the way physicians approach home ownership, some of those tried-and-true questions remain valid. For instance, if you do purchase a home as a resident, will you want to remain in that home three or four years later, when your residency has ended?

While there are a handful of reasons why purchasing a home as a resident isn’t always the wisest choice, many of those reasons were mitigated with the advent of doctor loans, or loans designed specifically to accommodate residents and new attending physicians, as well as new dentists.

One aspect of doctor loans that makes them an attractive, flexible choice is that the term “new” applies if you’re an attending physician who is up to 10 years out of residency. That 10-year window leaves a lot of breathing room for physicians to take advantage of loans tailor-made for them.

Designed to address the set of financial circumstances that are typical for new doctors, doctor loans were established to assist doctors deeply in debt and typically with little or no money for down payments.

The brain child of Bank of America, doctor loans are an investment for the bank in that they’re leveraging the future earning potential of new doctors, whose likelihood of defaulting is actually much lower than that of typical borrowers.

What Do Doctor Loans Deliver?

If renting an apartment or house is no longer an option for you, or you’re more than ready to give that dream house a try, the good news is that doctor loans require little to zero money down. What is required in lieu of a substantial down payment is proof that you have income or will have it — namely, a paycheck — will be coming down the pike. Paystubs are not a must-have, but an employment contract that demonstrates proof of future earnings is mandatory.

Moreover, doctor loans don’t require that the borrower’s purchase mortgage insurance. However, they do insist often that the doctor maintain an account at the lending bank, and that the mortgage is paid via automatic electronic withdrawal.

When it comes to coughing up the requisite amount of capital, some doctor loans permit the use of gifted funds for down payments, so there is some flexibility there. While the loan is designed for those without large cash reserves, lenders want to know that physicians aren’t going to fail right out of the starting gate. As such, borrowers are required to be in the possession of enough cash to cover a few months of principle and interest, as well as taxes and insurance.

Additionally, they want to see that they aren’t going too far out on a limb by working with borrowers with decent credit scores, and who have a mortgage payment to income ratio of less than 38 percent.

Another upside is that doctor loans typically offer an interest rate that doesn’t change with the amount of the loan.

While doctor loans certainly make it much easier for physicians to purchase homes, there is still a case for renting. While owning a home builds financial wealth and tax deductions, it’s important to consider the area in which you seek to buy and conduct your own cost analysis.

Search list of lenders offering a Doctor Loan in your state